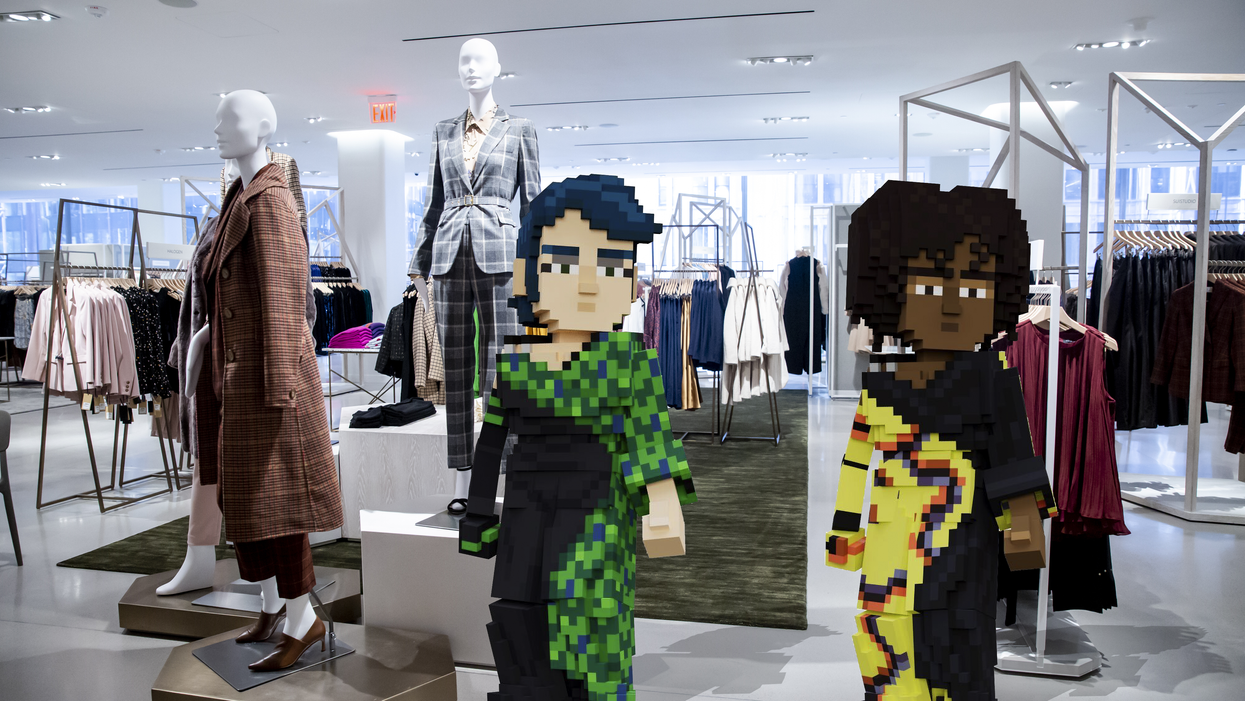 Retail Brands like Walmart are Hoarding Trademarks in the Metaverse!

Since Facebook changed its name to Meta, there’s been a lot of discussion about the metaverse—spaces where virtual reality, gaming, and avatars collide. It’s part of Web3, the next iteration of the Internet focused on user ownership of one’s data or digital assets, and some of the world’s biggest companies are taking note.

Notable apparel and restaurant brands recently committed to VR integrations in blockchain-based digital worlds like The Sandbox and Decentraland. Some have bought virtual plots of land for hundreds of thousands of dollars.

And NFTs are positioned to become a big part of future metaverse plays. NFTs, or non-fungible tokens, are digital tokens that exist on a blockchain like Ethereum and signify one’s ownership over a specific asset.

As the NFT marketplace becomes a billion-dollar industry, some brands already are taking legal action, such as Nike suing StockX for allegedly selling unauthorized images of its sneakers, while more and more are filing for trademarks to protect digital assets. Even retail giant Walmart is getting in on the action, having filed 27 NFT-related trademark requests in the U.S., Canada, and Mexico since December.

L’Oreal this month has applied for trademarks for 17 of its subsidiary makeup, hair, skin, and nail care brands, including Kiehl’s, NYX makeup, Urban Decay, Redken, Essie, Pureology, Matrix, and It Cosmetics.

Women’s lingerie and apparel company Victoria’s Secret applied for a trademark for its name on February 8 as it pertains to “downloadable virtual goods” and “the creation and trade of digital collectibles using blockchain-based consensus protocols and smart contracts”—essentially NFTs.

Apparel and lifestyle brand Ralph Lauren filed a trademark request in December for use of its name as a virtual store as well as for virtual clothing and other digital goods. Since then, it’s opened an official Roblox experience with virtual fashion items.

In October and November, Nike filed multiple trademark requests for Nike and Nikeland in the context of virtual goods and retail stores. According to reports from CNBC and Fortune, Nike has filed seven trademark applications so far, which include requests to trademark the “Jumpman” logo, the Nike swoosh, the slogan “Just Do It,” and the Air Jordan brand when it comes to all things metaverse.

Skechers has filed eight trademark applications, with filings last month made for its Sketchers, Bobs, GoWalk, ArchWalk, and Twinkle Toes brands. Other notable brands in the athletic wear space to have filed trademark applications for virtual goods include Under Armor, Puma, and New Balance.

Representatives of late NBA star Kobe Bryant filed a trademark application in January for the use of his name in online virtual art, avatars, virtual goods or video games. The application also covers the use of any non-fungible tokens related to Bryant’s name or image.

McDonald’s seems to be planning something big for the metaverse—it recently filed more than 10 trademark requests for “online retail services featuring virtual goods” in the U.S. It filed trademarks for “McCafe” for “providing on-line actual and virtual concerts and other virtual events” and for McCafe as it pertains to “operating a virtual restaurant featuring actual and virtual goods, operating a virtual restaurant online featuring home delivery.”

It filed a trademark for McCafe for “virtual food and beverage products” and “files containing artwork, text, audio and video files and non-fungible tokens.” It’s also filed a request to trademark the word “McDelivery.”

Panera Bread has filed a trademark request for “Paneraverse,” which the company said may include virtual restaurants, virtual food items and beverages, as well as other miscellaneous digital items, NFTs, and any software used for cryptocurrency or blockchain-based assets.

Back in December, Disney Enterprises was approved for a patent to create a “virtual-world simulator.” It’s also been on a hiring spree for NFT-savvy individuals, seeking marketing experts in the Web3 space. And Disney CEO Bob Chapek recently doubled down by appointing executive Mike White to oversee the brand’s metaverse initiatives.

Basically, Blockbuster’s application is a catch-all, setting it up to do just about anything crypto-related under its name, from NFTs to cryptocurrency payment processing to online gaming.

What do all of these trademark filings mean? Well, it’s worth nothing that businesses don’t have to file trademarks in order to jump into NFTs and the metaverse. Notably, Gucci has released its own NFTs and recently bought land in The Sandbox as a part of its GucciVault, but it hasn’t filed for any related trademarks in the U.S.